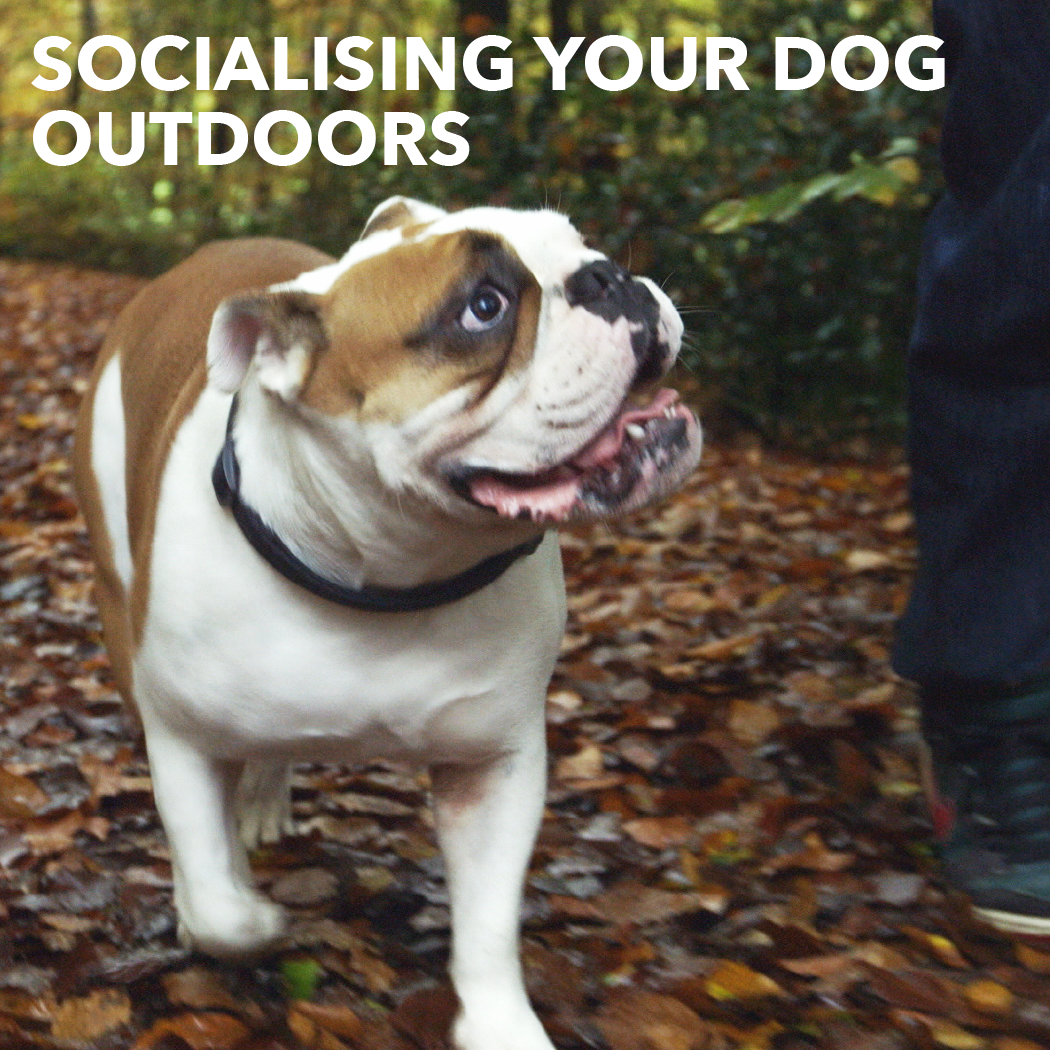 Getting outdoors regularly with your dog is a great habit but getting them used to different encounters and experiences can be a challenge. We often hear about the socialisation period in puppies where we need to expose them to as many sights, sounds, smells and encounters as possible so they are not fearful in later life. But socialisation is an important process to continue throughout your dog’s life, not just for puppyhood.

Getting your dog used to unpredictable situations is a lifelong process, and needs to be undertaken gradually at a pace that is comfortable for each individual dog. It is counterproductive to force a dog into scenarios which are overwhelming or scary from which they cannot retreat as this could make them more anxious or fearful. So, the top tips we have compiled at tails.com for continuing to socialise your dog outdoors during daily exercise are:
1. Build exposure to new scenarios at a distance first, gradually getting closer with time. This could mean walking past a field of cows from a distance, gradually getting closer over a period of several weeks until your dog no longer notices them.
2. Allow time between these experiences before repeating them, especially if your dog has acted anxious or nervous. Do not try to force a dog in an aroused or anxious state back into the scenario too soon. Try again the next day.
3. Always reward calm, confident behaviour; try not to unwittingly reassure or reinforce fearful behaviour if possible. For example, saying “Good boy” when your dog is whimpering in fear is counterproductive as it tells your dog that whimpering is the appropriate response. Only say “Good boy” when he is calm and attentive, or completely ignoring the previously feared situation.
4. If your dog does show fear in a certain situation increase your distance, ignore the fearful behaviour and gradually start increasing exposure again over time whilst rewarding calm behaviour.
5. Distraction techniques are great to take your dog’s attention from something they are wary of. Whilst trying to get them nearer without reacting, initiate some obedience training commands when their attention is still focused on you. This is called response substitution, a great technique for improving anxious behaviours.
6. Build positive associations whilst your dog learns through gradual exposure that it is nothing to be feared. Reward based obedience training really helps here, as well as using food rewards when your dog is focused on you or acting calmly in that scenario.

Common scenarios your dog may not enjoy whilst getting outdoors include travelling in the car or on public transport, having traffic (particularly large, noisy vehicles) whizz past, encountering cyclists, joggers or horse riders, greeting strange dogs, strange people and children of different ages as well as encountering other animals such as livestock in fields. If your dog is fearful of any of these typical situations we might encounter on countryside walks, then it will really help them to develop confidence and be less anxious if you use these socialisation principles. The first phase aims to build up acceptable exposures to the situation over time, being careful not to push your dog too close, too soon. Secondly we can use response substitution through obedience training to distract their attention. Finally, through rewarding desirable, calm behaviour in the presence of the previously feared scenario we build a positive association which results in a much happier, calmer dog that really enjoys getting outdoors.

1 thought on “Socialisation of your dog outdoors”