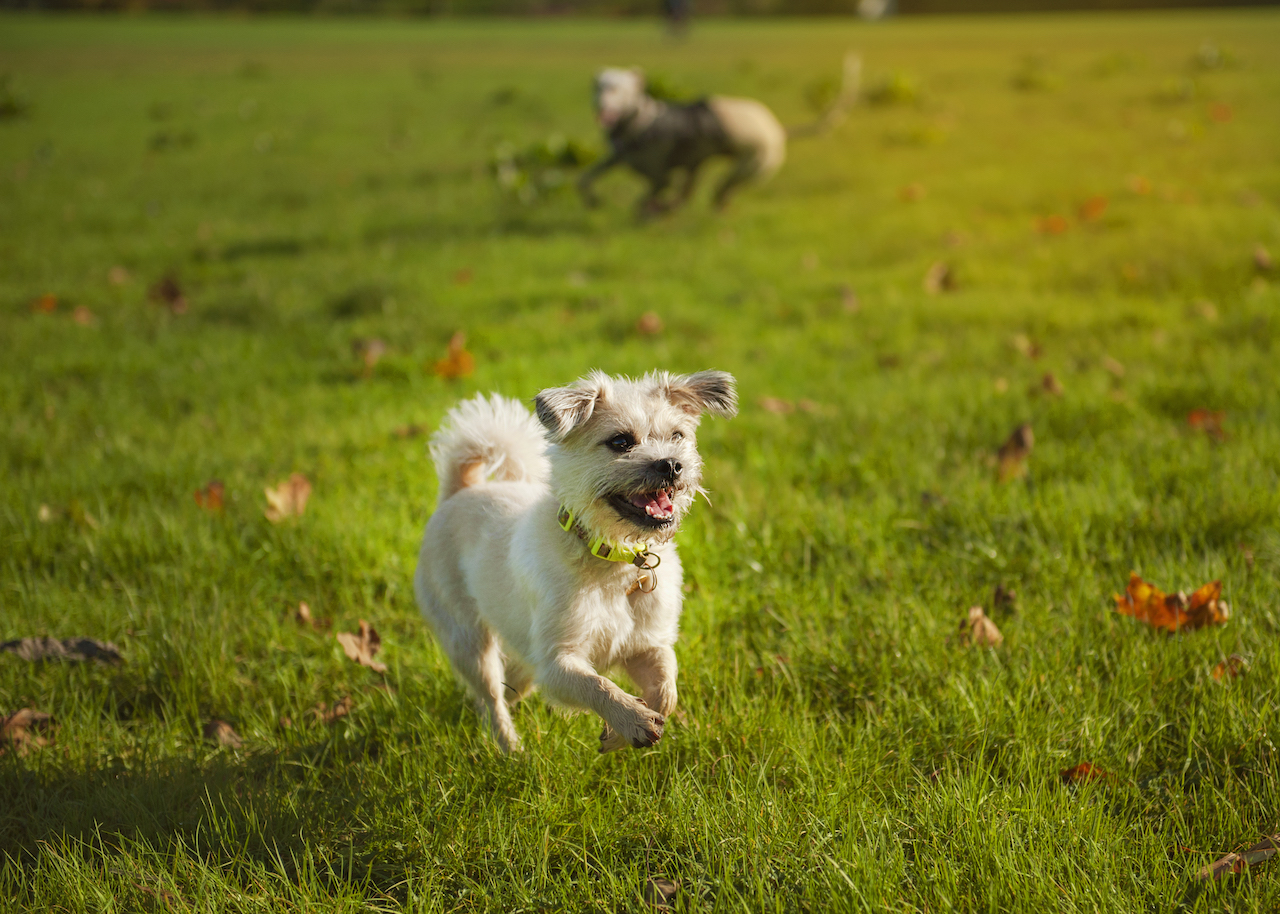 Carolyn Menteith is a behaviourist at tails.com with over 25 years of experience working with and training dogs.

With a huge increase in dog ownership over the past 18 months, there are more dogs than ever out and about. Almost anywhere you go, you will sooner or later bump into someone enjoying a walk with their dog – and it is these meetings that give rise to one of the most common behaviour problems.

“Help… my dog is aggressive to other dogs when he is on a lead!”

While owners often perceive this as a problem, in the vast majority of cases, this is just natural dog behaviour, and rather than being a behaviour issue, it is often far more a situation where humans don’t understand how dogs communicate with each other and so put them in situations that can easily give rise to conflict.

Us humans are a verbal species – and a lot of how we interact is via the spoken word. When we meet new people, we get to know each other by talking. That way we can decide if we like them, want to be friends with them – or want to walk away from them very quickly indeed and avoid them in the future!

When it comes to canine communication however, dogs don’t rely on verbal conversation or their sparkling wit to make friends – but instead they are experts in body language.

When two dogs meet, the ‘conversation’ may seem very subtle indeed to our human eyes but to the canine couple, these greeting behaviours can be very complex as they discover as much about each other in a few seconds as we ever could hope to do in a chance encounter with another human.

Using a combination of body language cues, scent, movement and posture, the two dogs will find out each other’s age, sex, health, reproductive status – and intentions. This initial voyage of discovery will involve the dogs approaching and retreating, circling round each other, sniffing bottoms (an olfactory information centre – and also a long way from the toothy end!), and reading each other’s every movement.

This way they can quickly tell if they are going to be friends or not – and if not, dogs generally have lots of very diplomatic strategies to get out of potentially difficult situations – again by using different body language cues, movements and behaviours.

When dogs are on lead – even a fairly loose one – they are no longer able to show natural communication, and so two dogs meeting might as well be speaking a totally different language. Suddenly what seems to you like a simple social encounter can become threatening as neither dog knows anything about the other, what they are ‘saying’, or what their intentions are. It’s hardly surprising they are uncomfortable, worried or fearful – and show it!

This behaviour then becomes established as a way for a dog to prevent these difficult social situations or deal with them if they happen. The whole situation is often made worse by the owner shortening the lead, jerking at them, or punishing them in some way which just convinced the dog that meeting other dogs is *not a good thing*!

So rather than assuming your dog is aggressive or reactive on lead, it is probably much more accurate to say that your dog is behaving perfectly normally – and it is up to you to not put them in that situation. And even if your dog is fine on lead with other dogs, you should still follow these tips.

Tips for introducing dogs on the lead:

Note: If you are worried that your dog might be a danger in any way to other dogs or people, or you are concerned about their behaviour, consult an accredited behaviourist.

3 thoughts on ““My Dog Is Aggressive Because He Doesn’t Like Other Dogs When He Is On The Lead!””