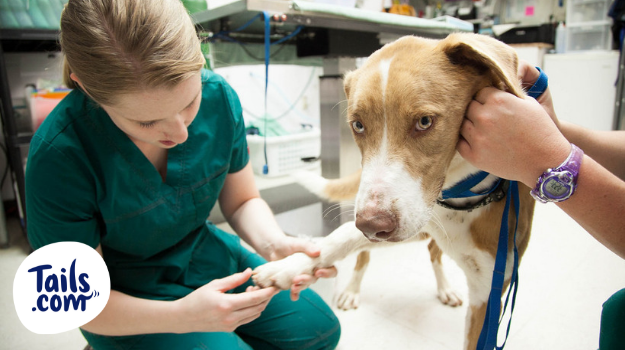 What is Alabama Rot?

Alabama Rot in dogs is a disease that’s appeared in the UK, also known as Cutaneous and Renal Glomerular Vasculopathy (CRGV).

Why is it called that?

It was first described in Greyhounds in Alabama, USA in the 1980s, which is where the term Alabama Rot was coined. The disease we are now seeing in the UK is very similar, if not the same condition.

The medical name is Cutaneous and Renal Glomerular Vasculopathy (CRGV). This literally describes what happens in the body when the disease takes hold.

Clotting of blood in the vessels of the skin can cause sudden and severe patches of red ulceration. The damage to the blood supply in the kidneys causes kidney failure, and in the majority of dogs this is fatal.

When did it become a UK problem?

It’s a relatively recent disease affecting dogs in the UK. The first cases were diagnosed in 2012 and new cases have been reported each year since.

How many dogs have been affected?

As of January 2019, a total of 177 confirmed cases have been reported, the equivalent of 25 dogs per year. It’s important to realise that despite it being a very alarming disease, it’s still extremely rare considering there are over 9 million dogs in the UK.

The exact cause of Alabama Rot is unknown. Investigations are ongoing to work this out. They’re looking at seasonal and geographical patterns, and whether certain dog breeds, ages or lifestyles are affected. More cases so far have been diagnosed in Winter or Spring than in Summer and Autumn.

There was originally a suspicion an environmental cause may be to blame, particularly in wet, muddy woodland areas, but this hasn’t been proven.

What symptoms should I look out for?

The initial Alabama Rot symptoms range from stiffness and soreness of the limbs, progressing to red, sore and inflamed ulcers. These are most often on the legs and feet, but sometimes the face, muzzle or inside the mouth can show ulcers too. Very occasionally ulcers can appear elsewhere on the body.

As the disease progresses the kidneys start to fail, leading to lethargy, weakness, loss of appetite and increased thirst. Ultimately this is fatal without treatment.

Some dogs appear to just develop the skin lesions and recover without progressing to kidney issues, if treated early. Plus many other types of skin lesion can look like CRGV so the best advice is to get a vet to check any suspicious new skin abnormalities.

How is it treated?

The key to successful Alabama Rot treatment is early detection and aggressive therapy by an experienced veterinary team. Anderson Moores Veterinary Specialists (https://www.andersonmoores.com) are the most successful team in treating Alabama Rot in the UK at present.

Treatment is aimed at supportive care, usually treating for potential infectious causes whilst giving fluid therapy and other medications to help the kidneys.

How can I prevent my dog being affected and where should I avoid?

Alabama rot prevention is very difficult as we still don’t know the underlying cause. The pattern of disease outbreaks is also widespread and unpredictable with all areas of the country affected.

Many dog owners are taking the precaution to wash any mud off their dogs after walks in wet conditions, but there’s no evidence as yet that this is beneficial. Specific advice at this stage isn’t possible to guarantee your dog is safe.

What’s being done to tackle the problem?

A number of research studies are being undertaken to try to diagnose the underlying cause. Specialist vets are also working out how best to treat affected dogs and improve survival rates. Maps and alerts are also being produced so dog owners can keep track of cases in their area.

What’s the top tip for worried dog owners when it comes to Alabama Rot?

Again, let’s recognise that this is an extremely rare disease. But if you are at all in doubt that your dog is showing symptoms, getting them to a vet to be checked out urgently gives the best chance of a successful outcome.