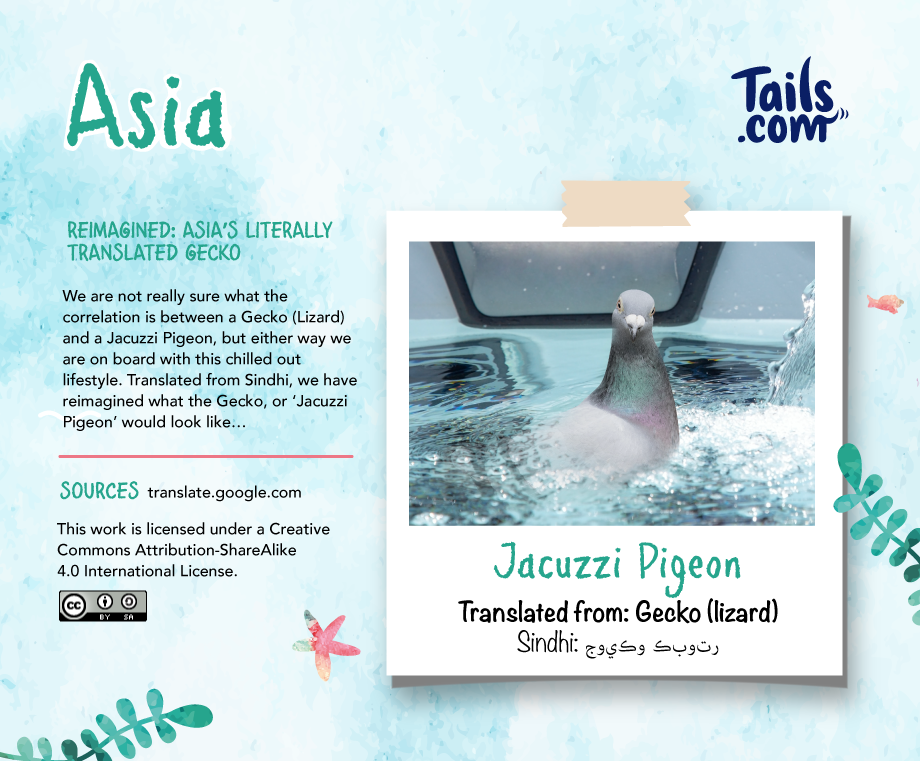 Can you guess what a ‘Sea Pig’ translates to in English? What about a ‘Flutter Mouse’?

We’ve found some of the strangest and the most fitting translations for animals all over the world and reimagined what they would be like. Focusing on three continents; Asia, Europe, and Africa, these fun alternate names will change how you look at every creature and critter.

The literal Vietnamese translation for a Shark is ‘Fat Fish’, and you can really see why! It makes you wonder why we don’t use this description too?

We’ve reimagined what these animals would look like, if we used these weird and wonderful translations in Korean, Sindhi and Vietnamese.

Using translations from Zulu to Afrikaans, we have reimagined the names for insects, mammals, sea creatures and more.

For example, the literal translation from Nigerian language Hausa literally translates Donkeys as Ambassadors. We like the idea of ‘ambassador’ Donkeys roaming the streets, with a formal dinner suit to complete the look.

Including languages from all over Europe such as German, Norwegian, Serbian etc. the translations seem to be the most spectacular of them all for reimagining how animals should be described. For example, you can see why a Hamster would be described as an ‘The Observer’ in Albanian. They seem to be always watching…

We found translations for mammals, insects and sea creatures. We then separated the translations to find any foreign anagrams, creating an alternate description for each animal;