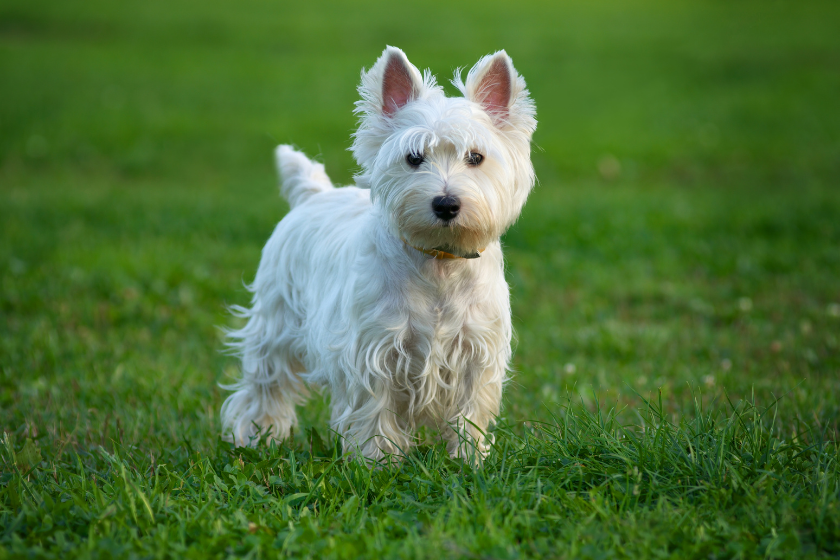 Back in the mists of time, the ancestors of our domestic dogs were wild animals. The dog and the wolf share a close ancestor, and this ancestor, like the wolf, was a wild, strong and dedicated hunter.

When dogs began to share their lives with humans, their methods of getting food changed and adapted, and they became largely scavengers, living off human waste. Many however kept their hunting instinct – especially as early man created specific breeds and types of dog who would work using this very instinct – whether it was to help catch their dinner or to rid their villages of vermin.

Throughout history, dogs have worked with humans to do some very specific jobs – and in most cases, this is how breeds were created. Our ancestors didn’t care what a dog looked like, just that they could do the job that was needed – so they bred ‘experts’ in these jobs together and discarded the others.

This did produce different sizes and shapes – as examples dogs bred to chase were lightweight with long legs and eyes at the front of their heads to see their prey, dogs bred to go down holes after rats were small and short legged – but this was just an accidental by-product of their working ability.

What our ancestors didn’t know they were doing, bar accidentally, was using the predatory sequence of the dog – their original hunting pattern – and manipulating that to create perfectly designed working dogs.

To create working dogs, our ancestors took dogs that were good at certain bits of that sequence but that were not so good at other bits. As an example, if you wanted to develop a dog who would bring you things (a retriever) you need dogs who are really good at the first bit of that predatory sequence ‘eye, stalk, chase, grab-bite’ but then were pretty useless at the next bit. “I see the thing, I creep up on the thing, I chase the thing, I get hold of the thing… errr… not sure what comes next so, hey… would you like the thing?”. Hence why your Labrador loves nothing more than to carry things around in their mouth!

That the issue with the predatory sequence. It doesn’t need to be rewarded by a treat… it is internally self-rewarding. Nature is clever and understands that the first few times a puppy goes hunting, they are going to fail – as they’ve never done it before. If doing the predatory sequence needed a reward, after a few failed attempts the dog would stop doing it – and die of hunger. So just doing that predatory sequence (or whatever parts of that sequence they have inherited) is massively self-rewarding for dogs – and triggers all the feel-good neurotransmitters in their brain that make them feel fantastic!

In other words, these aren’t just behaviours a dog likes doing, they are behaviours that they are hard-wired to need to do to stay happy and healthy.

So… we come back to prey drive. Those breeds and types that have been developed to do jobs that involve stalking, chasing, grabbing or killing have largely kept those hard-wired instincts. That’s why they enjoy so many of the games we play with them and why they love chasing (and sometimes retrieving!) balls and toys, or playing tuggy games, or following scents – or chasing squirrels! Not only is it fun but doing the bit of the predatory sequence they have inherited is self-rewarding for them – whether you give them a treat or not!

Once you know and understand this, dealing with prey drive in dogs becomes much easier.

As always however, if your dog’s prey drive is excessive or is causing issues with other dogs or the local wildlife population, consult an accredited behaviourist who will be able to help.

Things that go bang in the night
It might seem a bit early to be talking about fireworks – but it’s never too early to start getting your dog used to fireworks....

Why does my dog hump things?
If your dog gets a little bit too friendly with the sofa cushions – or even worse, your guests’ legs – it can really make...

Walk this way
We asked behaviourist and dog trainer Carolyn Menteith to share her thoughts on whether you should attach a dog’s lead to their collar – or...

Time for some snoot boopin' 👆

Did you know that by feeding your dog tails.com, y

When your owners finally get targeted by an Instag

Is your dog's name on the list? Or have you got a

We can't believe @lorrainekellysmith and Angus hav