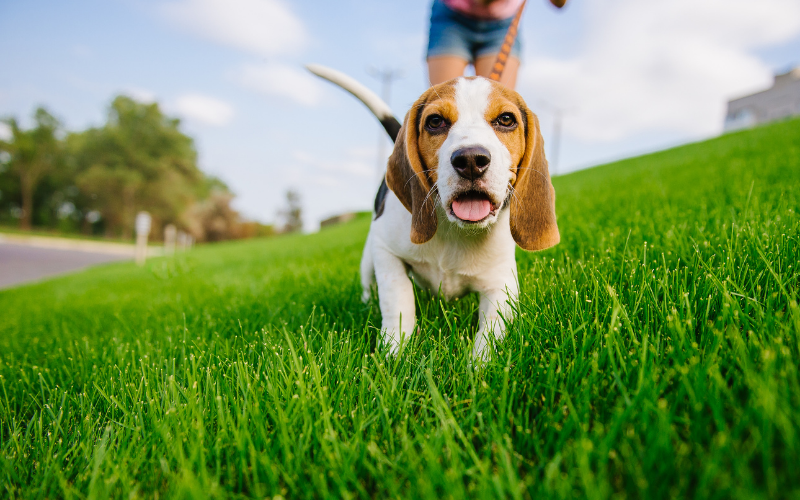 Many people wonder if it’s safe and sensible to use one on their own dogs, and in this blog post, we’re going to talk you through the dos and don’ts of dog whistles. Let’s find out more.

Did you hear that?

We all know that dog’s have an amazing sense of smell but their hearing is also rather remarkable and that’s how the dog whistle was discovered. We say discovered because it was originally invented to be used as a test on humans, but when Sir Francis Galton first tested it out, it became apparent that while humans couldn’t hear it, dogs certainly could. Now, we don’t know exactly what happened but it’s fun to think of a wise doctor asking a patient if he could hear the whistle while a neighbourhood’s worth of dogs all around were barking and howling in response, but we can’t be sure that was the case. What we do know is that while we humans can’t hear something at 45,000Hz (we max out at a pitch of around 18,000Hz), dogs certainly can.

Is it safe for dogs?

Yes, it certainly appears to be. There are no reported health issues suffered by dogs when they hear a dog whistles. Despite what those cartoons told us when we were kids, they won’t fly into a rage or run away in terror – if they’re not used to it, the most you’re likely to get is a quizzical look.

How do you use one effectively?

Well, this is the key. If you’re looking for a way to stop your dog barking or acting up, a dog whistle won’t do it as if by magic. But if you are training a dog, especially from a young age, a dog whistle works like any other sort of command really. They’ll learn to recognise it and respond to it in the same way as any other whistle or a shout of ‘Come by” (ok, that’s mainly sheepdogs but it’s still a good example).

The trick, we’re told by those who use it, is to use it sparingly and only occasionally as your dog gets beyond its training stage. Like any command, if you’re shouting it all the time, your dog will just start ignoring it when it’s feeling a bit cheeky, so many trainers use them as a rare, attention-getting sound. It’s not a magic wand, but it can be, with training, a great way to get your dog’s attention.

And if you’re training your dog, remember to stock up on plenty of tasty treats to reward their achievements.