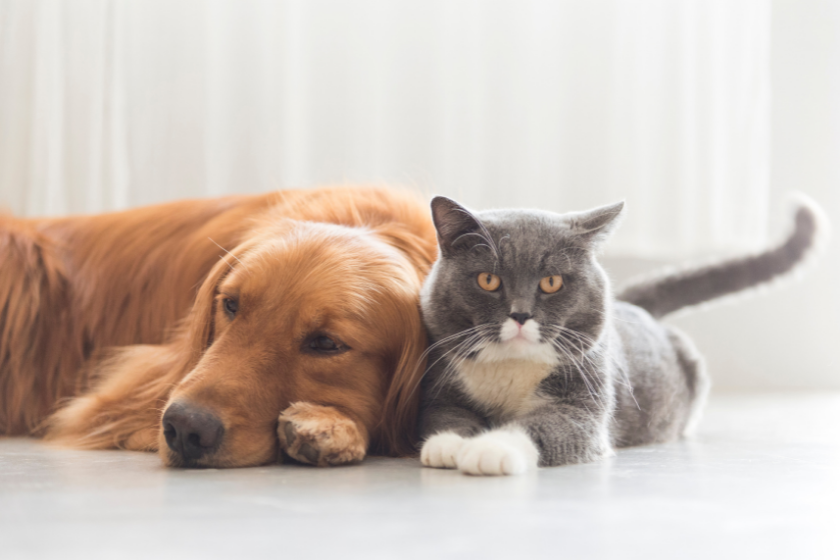 There’s one great rivalry that dates back further than any of us can remember. There are probably pictures of this rivalry painted on cave walls somewhere dating back thousands of years, just waiting to be discovered. It’s given us sayings, cartoons, metaphors and so much more, but is there any truth to it? Do dogs hate cats?

No, cats and dogs do not, on an intrinsic level, hate each other. In fact, when we look at the times that they have clashed, it’s usually humans who have helped to facilitate this ancient rivalry, so we can take a share of the blame. But many dog owners out there are also cat owners, and will tell you of how wonderful, cooperative and cute the relationship can be between these animals.

The trick is exposing them to each other at a young age, really. Or at leat one of them should still be either a puppy or a kitten. This allows them to more easily experiment with their place in that hierarchy, and the younger will learn the habits of the elder. There can still be a clash of personalities (or purrsonalities in the case of the cats) but by starting off with one or both of them very young, you’ll be in better shape.

While the two animals don’t hate each other in the way we would define “hate”, they are not naturally friends. On the one hand, cats are incredibly independent animals that vaguely tolerate the rest of us (humans and dogs) existing, while dogs rely on being sociable to keep them sane. This independence makes cats natural explorers, while dogs have a guarding instinct, so when a strange cat enters a dog’s territory, the barking and guarding will scare away the cat. In this sense, they can certainly regard each other as enemies.

Cats are also creatures of order and hedonism. They walk softly, and carefully, and they don’t like it when others don’t display this sort of order, so a dog frantically bounding into a room is sure to annoy a cat who will regard this other four-legged animal as a form of chaos. And that hedonistic nature that sees them soaking up sunshine, purring away quietly on our laps and lounging around, makes cats very content without playing, while a dog loves to play all of the time. And a dog pestering a cat to play is a quick route to a slap, or even claw, in the muzzle.

So they don’t hate each other, but they certainly make an odd couple when it comes to their natural behaviour. As mentioned though, they can also, if they learn to respect each other’s boundaries, behaviour and space, get along like a house on fire.

And speaking of natural things, you can stop your dog from trying to guzzle down your cat’s wet food, by picking up some of our wet food made especially for dogs. Take a look and pick out your favourite today.