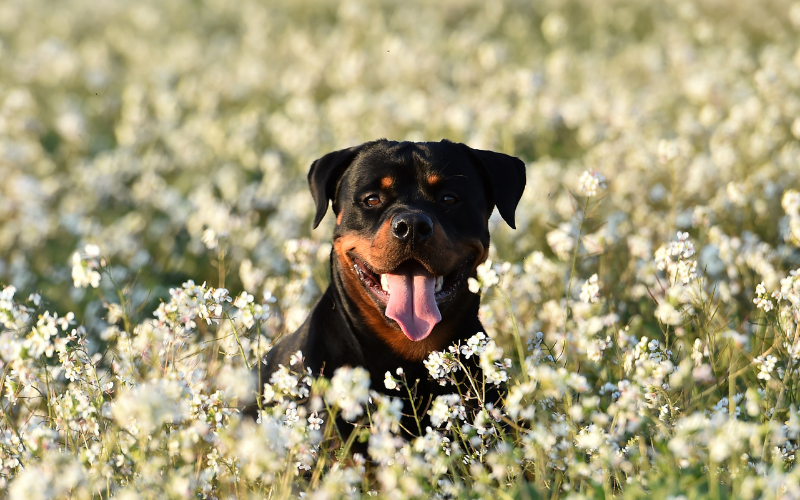 We all know that dogs have an astonishing sense of smell, and they’ve got a pretty good set of ears on them too, but what about their eyes? Are dogs colourblind? Let’s see what we can find out.

It was all yellow blue

If you’ve ever seen a film where we, the viewer, occasionally see through a dog’s eyes, we are often given a black and white view of their world. However, dogs do not see in black and white – far from it actually. While it’s true that their eyes aren’t a patch on their nose or ears, they are not seeing the world in an entirely monochrome way. That being said, their eyes aren’t really up to scratch, especially when compared with our own.

Humans have pretty good colour detection for the most part, being able to see a whole… 0.0035% of the electromagnetic spectrum. Wait? Really? Well, while that seems low, it allows us to see all the colours of the rainbow and more, so we’re doing alright.

So while it turns out that what we call “visible light” makes up just a tiny percentage of this enormous spectrum, we’re pretty good for a species that doesn’t have built in night vision (like dogs do). But dogs see only a fraction of what a fully functioning human eye can see. They are actually seeing things in a very similar way to about 8% of all humans – those with red-green colourblindness. Their entire world is coloured in shades of yellows and blues.

Therefore it’s perfectly accurate to say that your dog is in fact colourblind, but with their other senses doing most of the heavy lifting, they don’t really suffer for it. And if your dog has been a good boy or girl, be sure to reward them with a nice treat from our collection.

2 thoughts on “Are dogs colourblind?”

What happens when a little boy wants it to be Chri

🎄WIN a tailormade Christmas for the whole famil

MUST get that Christmas shopping done this weekend

Lying under the Christmas tree, to remind your fam

Do you know the muffin man?