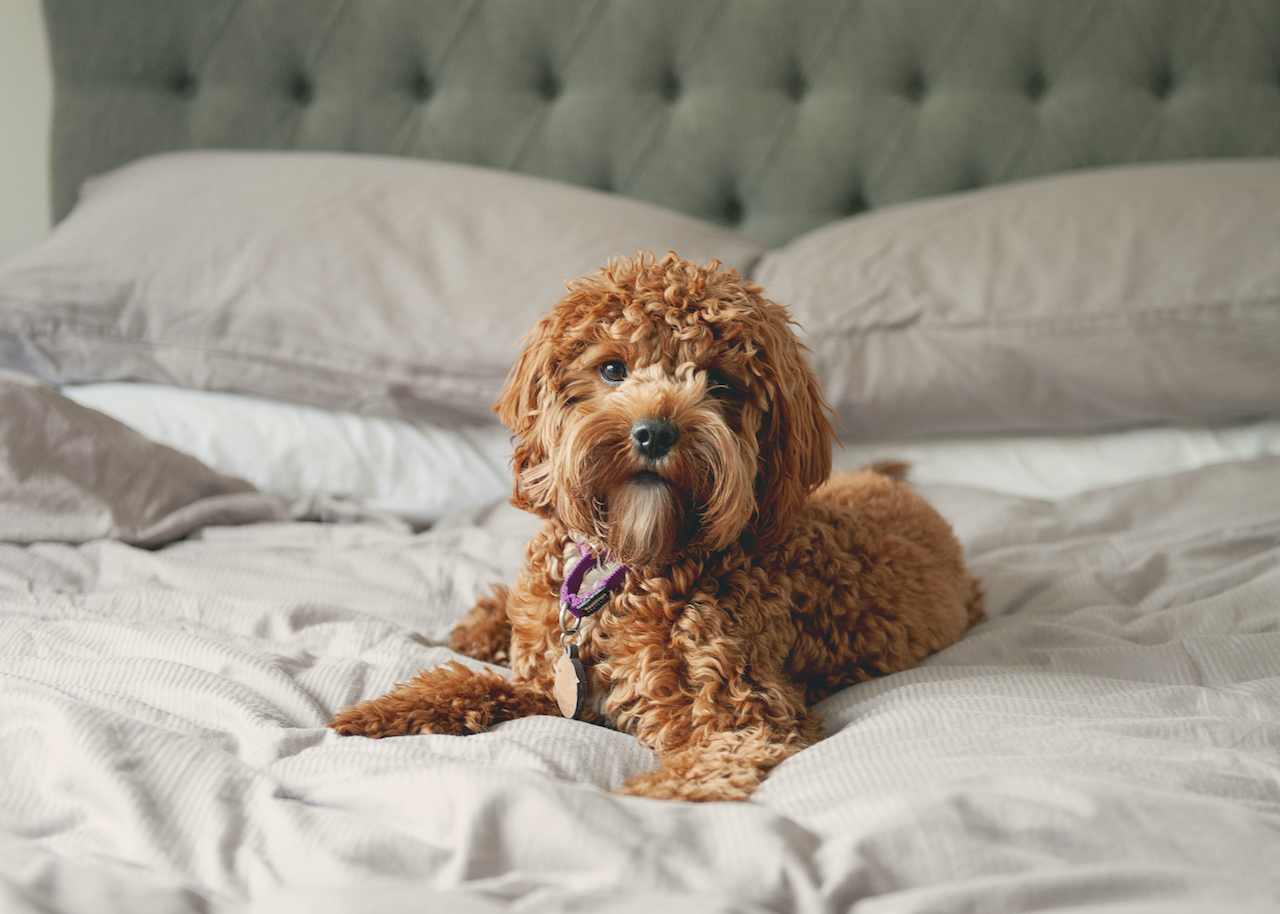 Green is not a natural colour when it comes to dogs. We may have Black Labs, Red Setters, Golden Retrievers and even Greyhounds, but there isn’t anything green. In fact, there’s only a single species of mammal that is naturally green in colour – a type of sloth who moves so slowly that moss grows in its fur. But can dogs become green with envy? And do dogs get jealous? Let’s find out…

Before delving into the answer on this one, it helps to establish if we’re talking about envy or jealousy, as while these are often used as synonyms, they’re not quite the same thing. Envy is when one covets something that belongs to another person, while jealousy is being concerned that someone covets something belonging to you. So in dog terms, Fido could be jealous of Pixie taking away his bone, but later on, he may be envious of Pixie’s bone and want to take it from her. It’s a small difference, but an important one.

So, with all of that in mind, do dogs get envious or jealous?

Well, yes. On both counts! The envy aspect we can cover off very quickly. That envy is present on their faces whenever they see you eating something delicious. It’s evident as they bound after balls being played with by other dogs and humans. This envy doesn’t come from a source of malice though. It comes from boisterous playfulness and a desire to reaffirm their place as part of the pack. If you ever want to study it up close, simply give a toy to one dog and no toy to the other dog and you will see that envy shine through, but only because both dogs will want to play.

Jealousy is a little more unsettling in dogs. While the envy can be explained away as an act of fun and desire for familiarity, jealousy seems to come from a slightly darker place in dogs and nearly always presents as a form of anxiety induced by the fear of missing out. Yes, it’s true, a dog’s jealousy typically stems from FOMO.

You’ll have likely heard stories of dogs becoming jealous of babies or children and these tales are very much true in most cases. Dogs see the attention and praise being lavished on this new entity and feel that they are being robbed of the attention that they are used to receiving. It makes them growl, nip and be more guarded, and it makes them a bit more needy with their owners.

Of course, this isn’t true of all dog/baby/parent relationships – far from it – but it does happen. It’s important to speak to a qualified behaviourist if your dog’s behaviour does change – they’ll be able to help you work out the cause, and give you some advice.