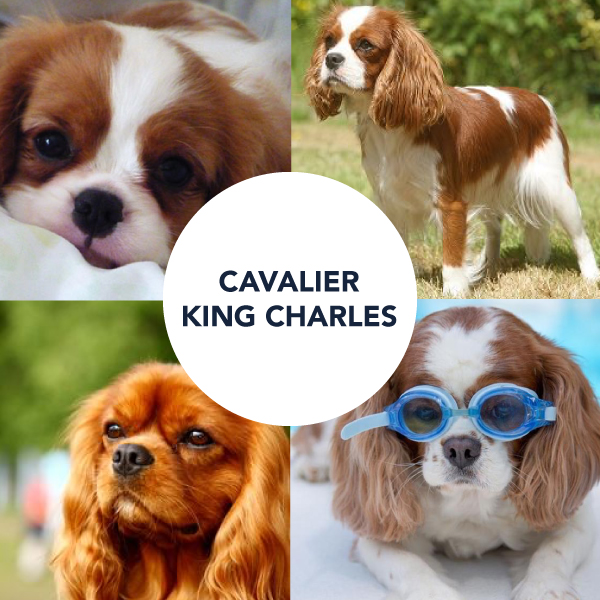 For this month’s breed post, we have the Cavalier King Charles spaniel. Known for their constant waggy tails, the Cavalier is a charming and happy-go-lucky little dog that absolutely loves to be with people and thrives on human company.

Originally used for hunting, Cavaliers were not very well suited to this role, and were much happier being lapdogs. Although they love nothing better than to be curled up on your lap or looking lovingly into their owner’s eyes, the Cavalier is still a spaniel at heart. This means you need to keep a watchful eye over them if they are off-lead in the park as they could have the desire to chase, should there be a squirrel or rabbit nearby.

The Cavalier is an intelligent dog and, with the right training, will be happy and willing to learn what you are trying to teach them. However they are quite sensitive souls, so losing your temper if they do something wrong will most likely result in them wanting to sulk, or even hide from you. Positive reinforcement is the best way to keep a Cavalier on the right track, and he will react very well to seeing how proud you are that he has done something well.

Due to their kind hearted nature, the Cavalier does not make a great guard dog although quite endearingly they do often become vocal when someone knocks on your front door. However, once the door has been opened it’s a different story, and the Cavalier is instantly relaxed and happy to greet a potential new friend.

Unfortunately Cavaliers do suffer quite a lot of health problems, predominantly relating to their eyes. Compared to other dogs, Cavaliers have a higher chance of suffering with corneal dystrophy, cherry eye and keratitis. If your Cavalier shows any sign of discomfort like rubbing their eye or squinting, or any noticeable discharge, please do make sure that you take them to the vets straight away to double check there is nothing to be concerned about.
If treated kindly and with respect, the Cavalier is very content to be around children. Once bonded, the Cavalier will be any little human’s very best friend, and will always be on hand for cuddles. Always affectionate and loyal, if it’s a playful, relatively low maintenance and extremely affectionate dog you are looking for, you could do worse than a Cavalier King Charles spaniel.