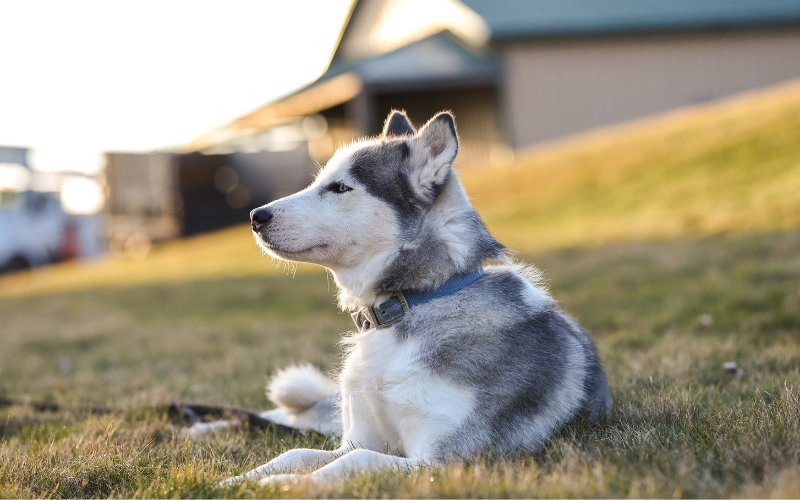 If there was ever a dog that liked to talk, it’s the Husky. In fact, not only do they like talking, but they’re quite fond of a good sing-song too. In today’s blog post, we’re going to answer the following question; Why do Huskies howl (and talk) so much?

Youtube and Tiktok are filled with videos of pets, and Huskies certainly have their fair amount of content out there. This is because of their chatty nature and their famous howl which has garnered them millions of likes and hearts across social media. Husky owners will tell you that they are by far the most vocally expressive of dogs and they’re incredibly cute with it. But what causes them to be so vocal?

On the chatty side of things, a lot of it is down to a sort of mimicking action that some animals display. Siamese cat owners will tell you the same, and many bird owners will confirm, that with some pets, you can have a conversation with them. You talk, they talk. You ask, they answer. They appear to understand tone, and they can probably pick out certain words (which are just sounds to them) that they know mean something specific – that’s why many of us have to spell out words like W-A-L-K and T-R-E-A-T. Huskies fall very much into this category with far more regularity than other breeds.

Howl at the moon

Then there’s the howling. Many dogs know how to howl, but Huskies are enthusiastic naturals when it comes to the “Awoooo” noise that they make so well. This of course comes from the wolves that they are descended from and anyone who has spent a night in a house near a forest with wolves in it will tell you that this  sound too is part of a call/response behaviour, with howls ringing through the trees on a moonlit night.

Huskies are not too far removed from wolves – something you can judge just by looking at them, and the memory of the howl lives within them. That’s why Huskies can be encouraged to howl, either by their human doing it, or by playing certain songs to them. Anything where a human holds a sustained note, will encourage a Husky to howl, almost by instinct. They hear the howl, and while they might not understand what you’re howling about, they’ll respond because it’s in their nature to do so.

If you want your Huskies to howl with pitch perfect tones, they’ll need to be fit and healthy, and the tailor-made dog food from tails.com can help them to keep in tip top shape. Be sure to pick out some for your dog today.