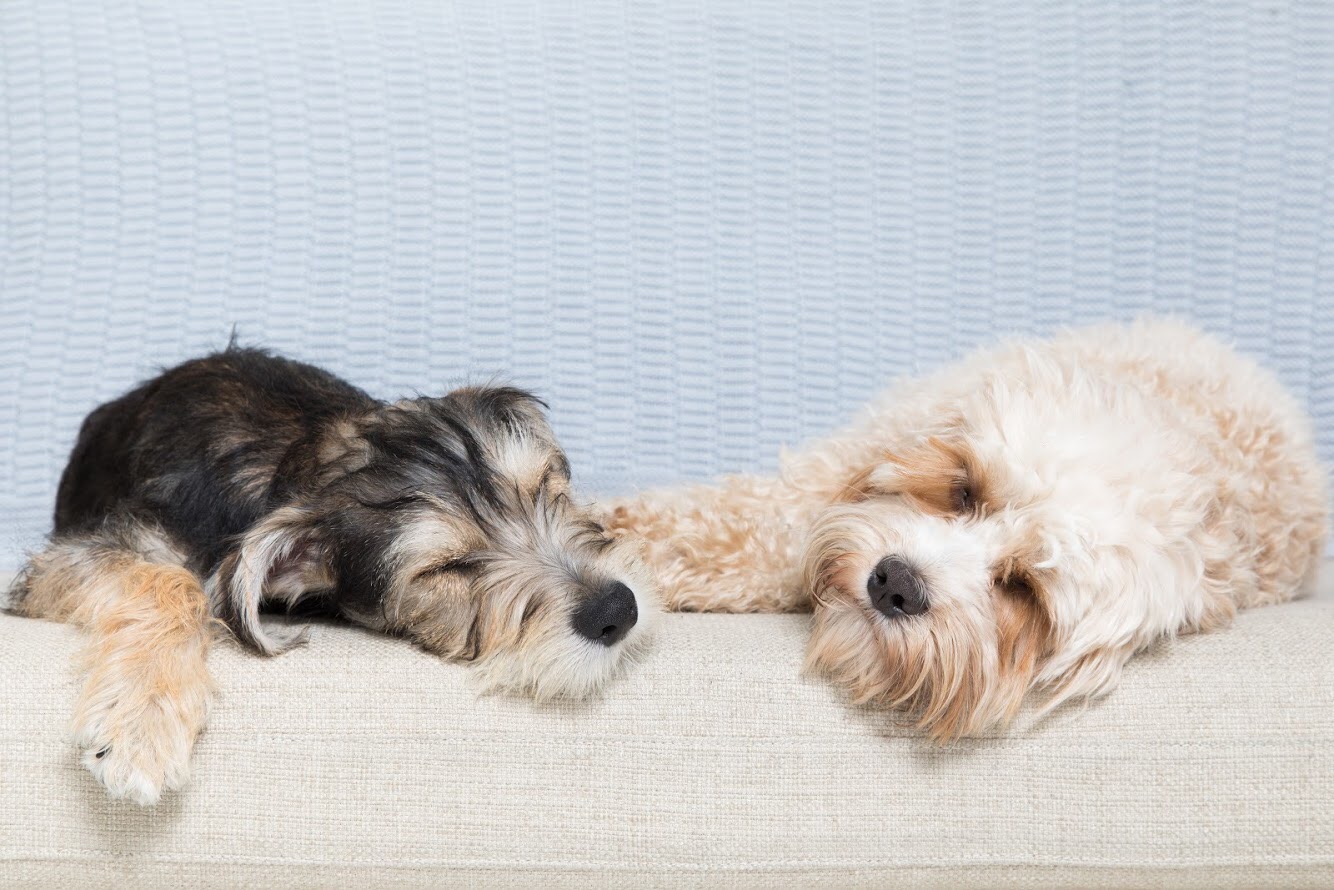 Many a dog owner has witnessed it. On a quiet evening, after our four-legged friends have exhausted themselves, they’ll flop down to sleep. But at some point, they might start growling softly, or making a running motion with their legs. Are they chasing rabbits in their sleep? Or are giant rabbits chasing them? These questions lead us to today’s subject – do dogs dream?

A dog in the Land of Nod

Before diving into this, it’s important to remember that no-one really knows what dreams are. Some believe dreams are visions of the future or parallel dimensions, while some theorise that a dream is simply the brain’s way of having a clear out at the end of the day. From ancient mystics to noted psychologists, no-one has ever really been able to give a definitive answer. However, whilst we don’t know what they are, we know what the brain looks like when we’re having one – thanks to scientists studying the phenomena.

And we’re happy to report that the same brainwaves and electrons firing that we see in human brains when we’re dreaming, can be seen in a dog’s brain too when it’s asleep, so it’s safe to presume that dogs do indeed dream. In fact, so do cats, and mice, and monkeys… pretty much everything ever tested has shown signs of the ability to dream. Even insects.

What do dogs dream about?

Now, what dogs dream about is an entirely different matter, and until some form of technology is developed that helps us see and record dreams, we’ll probably never know, but logic and reasoning can help us give an educated guess. Have you ever had a hypnic jerk? Also known as a “sleep start”, it’s when you get a sudden sense of falling, and you jolt yourself awake. It’s been suggested that it comes from humans and our ancestors once living in trees and this was a warning sign from our brain when we started to lose balance as we slumbered.

Well, if the same is true of dogs and other animals, when we see them going through the motions of running as they sleep, that’s probably what they’re doing in their dreams. We humans talk in our sleep, so a dog growling or whining in their sleep probably means that something in their dream is causing them to do this. We only wish we could see their dreams ourselves.

Of course, one thing that’s key to a good night’s sleep is a healthy diet, and if you treat your dog to some tailor-made dog food from tails.com, they’ll have a much better chance of getting a sound night’s shut-eye.